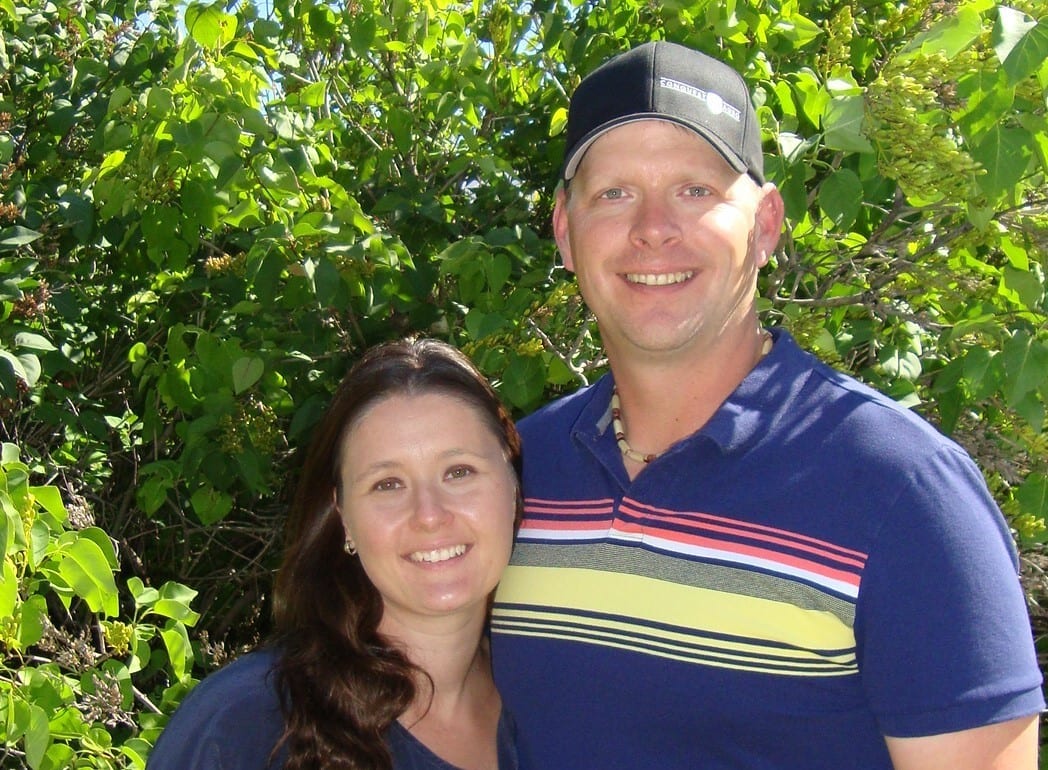 Kirriemuir, Alberta farmers Dallas Vert and Natasha Pospisil understand the meaning of diversification. They have built their business not just on diversification of their crop, but they have also diversified their farm operation into three parts in order to spread their business risk, their time and their resources. Their success in doing so was recognized this year when they were honoured as Alberta/NWT’s Outstanding Young Farmers (OYF) for 2019.

“When I first came back to my family farm after college, we just weren’t big enough to justify another farm family,” says Dallas. “So I started a custom spraying business, which eventually led into our fertilizer blending business and chemical sales. Eventually we took on more land, bought more equipment, bought the general store and became large enough to sustain our family and add employees.”

Natasha runs Kirriemuir Ag & Oil, and with their home being right across the street, their three children are part of the day-to-day operation. “The store is really one-stop shopping for our customers,” she says. “Our customers come here to get their gas, the mail and their fertilizer, and grab a snack before they leave.”

This year’s harvest is almost complete and is expected to be a pretty good one, despite a slow start. “Spring was really dry but we had everything seeded to be able to capitalize on early moisture,” says Dallas. “The crop emerged quite strong and we didn’t have to deal with much in the way of disease this year. Despite only getting about 3 ½ inches of rain, I think our yields are going to be pretty decent this year.”

Once the last of their wheat and canola are in the bin, they can look toward the next season. “We aren’t looking to take on more land, we are looking to do more with what we already have,” says Dallas. “Right now we are maxed out for equipment. We have one air seeder and two combines and our grain storage equipment is sized just right – we do all we can with that equipment. To justify more equipment, we’d have to grow by half again and we don’t want to do that at this point.”

This year they put all their equipment on the data-driven FieldView app so they can track how they are using all of their resources from their phones. Dallas says he likes being able to see what the crop is doing without having to physically be in the field. He anticipates being able to track moisture, along with other tactics like soil remediation, as ways to continually improve their productivity on their current land base.

Natasha says eventually she would also like to do more with the general store. “I am a licensed land agent. I work with Section 25 Management on behalf of farmers and as our children get older and more independent, I see myself offering more consulting in that area,” she says. “Right now this business is rolling along nicely, and it’s a good way to teach our children about our community and the agriculture business.

*The Outstanding Young Farmers Program was developed to recognize excellence among young Canadian farmers. Eligible nominees must be farm operators between the ages of 18 and 39 who earn at least two-thirds of their income from their farm operations. Every year, a farming couple is selected from each of the program’s seven regions to represent their region at the National Recognition Event, which will be held this year December 4-8 in Fredericton, NB