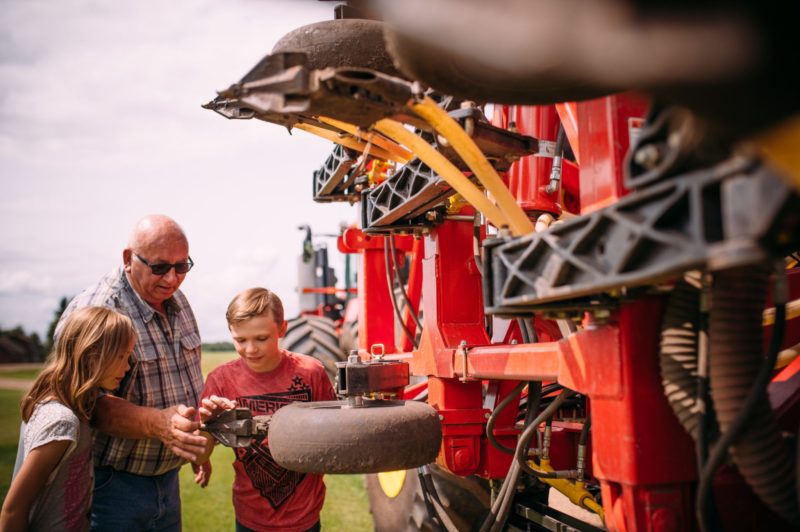 By nature, agriculture is a dangerous occupation. Heavy machinery, complex equipment and large, unpredictable animals are a few of the factors that can turn an everyday scenario into a life-or-death situation. March 15 to 21 is Ag Safety Week across Canada – an important time of year for farm families to take a moment to review and improve their on-farm safety practices to ensure they’re being implemented by everyone, especially those 16 and under.

Young people living on farms or in rural communities are exposed to more hazardous situations than their counterparts in the general population. This makes them more vulnerable to injury or illness with potentially devasting and long-term consequences. Even with close supervision, accidents can still occur.

Numbers from the Canadian Centre for Health and Safety in Agriculture (CCHSA) show that children who live on farms are at risk for higher rates of premature death and higher injury-related death. This group is also vulnerable to increased injury-related disability and higher healthcare costs associated with injury or illness. Main causes of injury are machine related entanglements, falls from heights, animal-related injuries, and being struck by or against an object.

Most fatalities occur during July through October – peak activity times when farm operations are running at maximum. Longer work hours also increase the risk of injury or death. Mental and physical strain can lead to errors in judgment or underestimating the complexity of a task.

In 1994, Bailey Kemery was just four years when she was involved in a horrific accident on her family’s farm in Major, Saskatchewan. Her injuries were so severe that doctors and nurses at the local hospital weren’t sure how to treat her, and instead transferred her by ambulance to Royal University Hospital (RUH) in Saskatoon.

A team of seven surgeons met the ambulance at RUH. Surgery was delayed because Bailey’s veins had collapsed and they couldn’t get an IV started. She had lost so much blood that the surgeons weren’t sure she would make it. After two weeks in intensive care and several months of rehabilitation, Bailey went home. What followed was a decade of rehab and another major operation.

In spite of her physical limitations, Bailey rose to the challenge, playing almost every sport she could in school. She also took on the rigorous role of public speaker, traveling to schools and talking to hundreds of kids about the importance of farm safety. After high school, she moved to Calgary to become a paramedic then returned to Saskatchewan a few years ago with her husband. They live just three miles from the family farm. More than two decades later, Bailey still deals with issues as a result of the injuries she received.

“It happened so fast and it changed my life,” she says. “What parents and kids don’t realize is it’s not just a farm accident. It’s a life sentence.”

There are a number of actions that people can take to minimize on-farm risk for children and teenagers. It starts with putting some ground rules in place: have regular safety talks with kids, remind them of the hazards that exist, and set a good example for them by practicing good safety etiquette.

Create a safe play area for those who are too young to help with tasks. The location should be away from farm activity and in close proximity to the main residence. If possible, surround it with protective fencing and include a self-latching gate.

The Canadian Agricultural Safety Association (CASA) provides Safety Days for children (usually between eight and 13), a rural safety and health education program for Canadian youth. These community events help kids learn to be safe on the farm by giving them the opportunity to participate in interactive, educational activities.

Rural families are encouraged to implement their own Farm Safety Strategy – a comprehensive overview of farm safety measures. It includes identifying potential risks and hazards – inside the house and outside in the field – as well as outlining actions to be taken in case of emergency. Performing a thorough farm safety audit is a good first step. Part of that audit includes the Farm Safety Walkabout, an interactive and informative resource for parents and family members. Users are guided through a series of checklists, discussions and activities to ensure a strong farm safety culture is understood and supported by everyone.