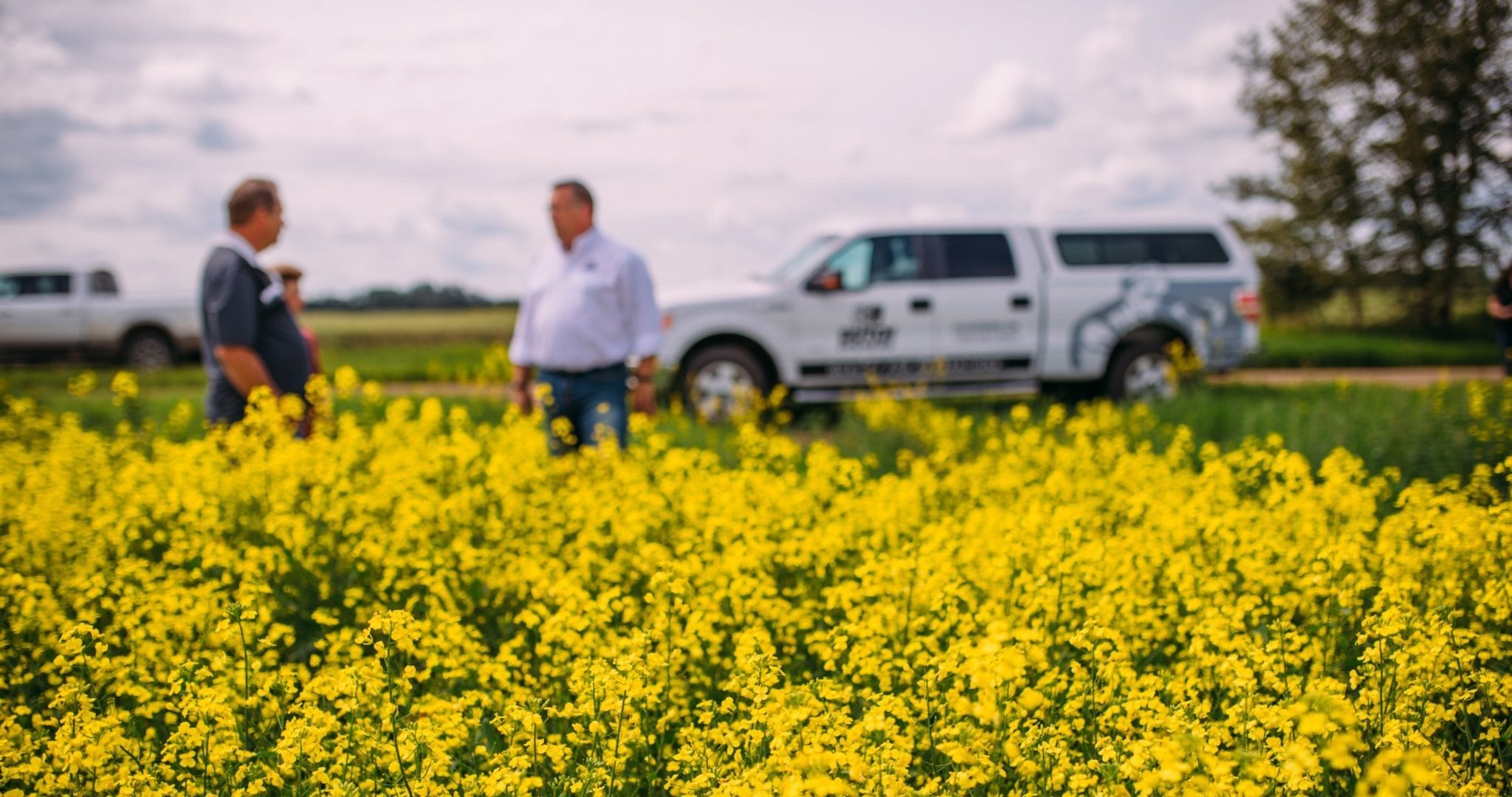 This is part two of our two-part series on the Chinese Ban on Canadian Canola: Part 1

China’s ongoing ban on canola imports from Canada has kept canola prices low going into harvest, and continued to limit access for a large portion of Canada’s canola crop. Since we first wrote about the ban at the beginning of the season, not much has changed. Recently, Jim Everson, president of the Canola Council of Canada, and Rick White, CEO of the Canadian Canola Growers Association provided an update on ongoing efforts to find solutions to growers.

In the Canola Watch podcast, Everson said there really was no good news in terms of resolution of the trade dispute. “Trade continues to be blocked, and the licenses to Viterra and Richardson remain suspended,” he said. “Generally China is unwilling to import our canola seed, however our canola oil and canola meal imports remain unaffected.”

He says that government and industry have made numerous attempts to engage China, which have been largely successful with very little information forthcoming. While in recent months a small amount of canola has been accepted into the country, he says at this point they are focused on market diversification for Canada’s canola crop.

“We know on-farm revenue will be down,” says White. “Canola profitability Is a significant factor in farm profitability. That’s why we have been looking at diversification and on getting the government to be focused on programs such as improving AgriStability to help farmers in the short term.”

What is China buying?

Currently, the demand for canola in China is still there. In the past, China has imported between 4-4.5 million tonnes of Canadian canola a year, and it can be challenging to find that kind of canola in other markets. This year they looked to Australia, which has had its own production issues due to drought and herbicide resistance, and internal production is not able to keep up with the demand. While China may switch to soy oil in the longer term, there have been trade issues with that crop as well.

Canada is the largest canola producer in the world. According to Statistics Canada, more than 23 million acres were grown in this country last year, contributing $26 billion to the Canadian economy. China has traditionally been the largest customer for Canadian canola, purchasing 40 percent of Canada’s canola crop.

In 2019, growers planted 21 million acres of canola nationally, down 8.2 percent over 2018. In 2018 canola added about 10 billion dollars to Canada’s economy. That number is expected to be down by 10 percent this year – a billion dollar hit to the agriculture industry. To make up those losses, other markets will be key.

“Europe has always been a market for Canadian canola, but it changes based on the size of the European crop in a given year,” says Everson in the podcast. “They have had some challenges this year with retraction due to crop protection issues and drought. So that has opened up markets for 1.2 -1.5 (million) metric tonnes of our product.”

To export into Europe growers must have certification so the Canadian Canola council has been reminding farmers to get certified. Instructions on how to do that are available on the Canola Council website.

The best place for diversification is close to home as there is the potential for expanded markets in Canada, especially in the biofuels industry. White says that they are working with provincial governments to increase the amount of renewable biofuel in diesel from two – to- five percent.

Government and industry are working with countries such as Pakistan and Bangladesh – which already have crushing capabilities – to increase their market share, and are also working to expand exposure in South Korea with whom Canada has a free trade agreement in place.

“This is a difficult situation, and there is no quick solution,” says Everson in the podcast. “We need to diversify to markets and that takes time. We recognize how uncertain it is for farmers, but a lot of efforts are being made to diversify locally and in other regions, and to reengage China going forward.”