News Seed and Soil Smarts Is Intercropping For You?
Feb 27 2019

Is Intercropping For You? 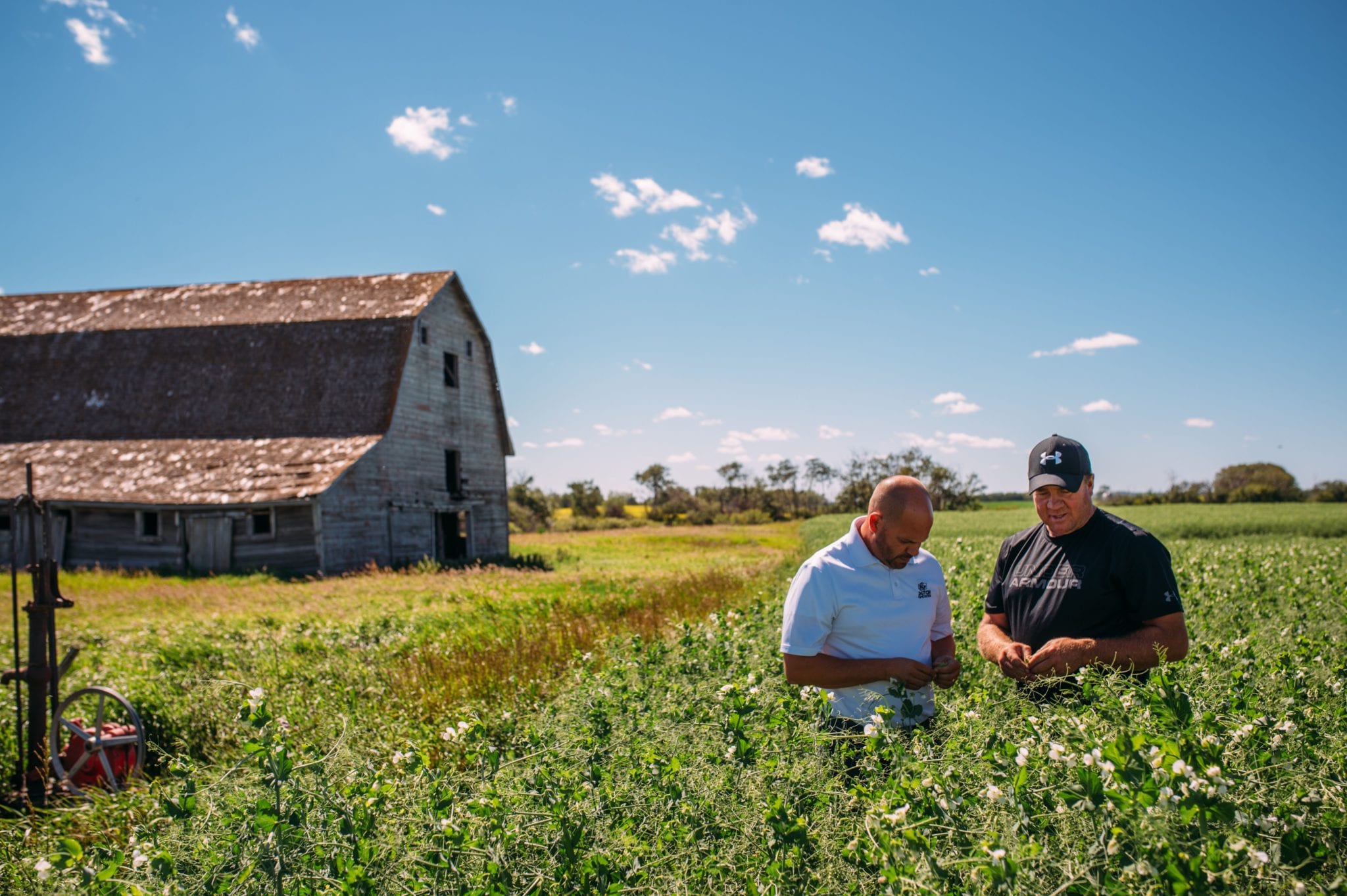 Intercropping, a method of planting two or more different crops in a single field or area, has been used by farmers since perhaps the beginning of agriculture. While it’s an age-old method, researchers continue to explore new ways for producers to use intercropping to be more efficient and effective with their limited resources.

In Saskatchewan, Michelle Hubbard, a research scientist in pulse pathology with Agriculture and Agri-Food Canada (AAFC) has been working on the intercropping of flax and chickpeas. This work is being done alongside others who are digging deeper into the farming practice: Lana Shaw, a researcher with the producer-directed South East Research Farm and Bill May, a crop management agronomist with AAFC.

“There’s definitely been a lot of work done going back to 2012 [in chickpea/flax],” Hubbard explains. “It started in southeast Saskatchewan, at the South East Research Farm with Lana Shaw. Between 2013 and last year, Bill May… has done trials on chickpea/flax as an intercropping system. Chickpeas are a potentially valuable crop depending on the year and the prices, but it can be hard to grow because of ascochyta blight. This is a fungal disease. If the year is a bad one, it can completely wipe out a chickpea crop.”

Chickpeas can also suffer from indeterminate growth, where they fail to ripen yet continue to grow and stay green. Drought triggers the ripening process and Hubbard, Shaw and May have been conducting trials to see if flax can dry out the soil at the end of the season to push chickpeas to ripen. This drying of the soil could also potentially reduce the risk of ascochyta blight which, like indeterminate growth, flourishes in a wetter environment.

So far, the results are encouraging.

“In 2014, it was a pretty wet year in Redvers [Saskatchewan],” Hubbard says. “The ascochyta blight was worse and the yield was lower in the monocrop chickpea. In the intercrop, where there was flax, there was less ascochyta blight [and yields were higher].”

Then, in 2018, when Hubbard got involved in the research, the same results were experienced. It was a wetter year and there was more serious blight in the monocropped chickpeas than in those intercropped with flax and yields of ripened chickpeas were higher in the mixed plantings.

With funding to continue testing, the chickpea to flax ratio will be explored further to see how much flax is required to dry out the soil and reduce the risks of ascochyta blight and indeterminate growth.

There is another potential benefit of the intercropping of chickpeas and flax. Although there is no hard evidence yet, Hubbard believes the addition of chickpeas might help reduce the challenges of the slow-to-break-down flax straw in the field the following planting season.

Shaw explains that when certain crops are grown in combination with others, there can be a change in the crops’ adaptation patterns.

“For example, lentils and chickpeas can be grown under conditions with more moisture than monocrops when they are grown with a companion crop,” she says. “Maple pea and canola is an easy intercrop to start with for most areas. Oats and peas are a versatile intercrop that can be used for green feed, fed as mixed gain to livestock or separated and sold into grain markets.”

She suggests farmers new to intercropping, or those looking for new innovations in the practice, find other producers in their area who are also interested in intercropping and have been using the method for a number of seasons.

“Find out what is working for them,” says Shaw. “Get onto Twitter and use #intercropinnovators to connect with other farmers and with agronomists. Some agronomists are interested in assisting farmers with doing strip trials and variable rate.”

These types of trials are when producers adjust their seeding or fertilizer rates in large strips of the field, then monitor yields to see if different results were achieved when compared to the standard seed or fertilizer rates. Some agronomists create variable rate maps to serve as a reference for which type of planting or fertilization rate was done used on which strips.

Intercropping may have the potential to reduce some crop risks, but like anything in farming, it’s not a fail-safe method. Shaw notes sometimes a backup plan is needed and talking to those experienced with intercropping will help make the best decisions.