News Seed and Soil Smarts SEED SMARTS: GETTING THE MOST OUT OF EVERY ACRE
Apr 27 2017

SEED SMARTS: GETTING THE MOST OUT OF EVERY ACRE 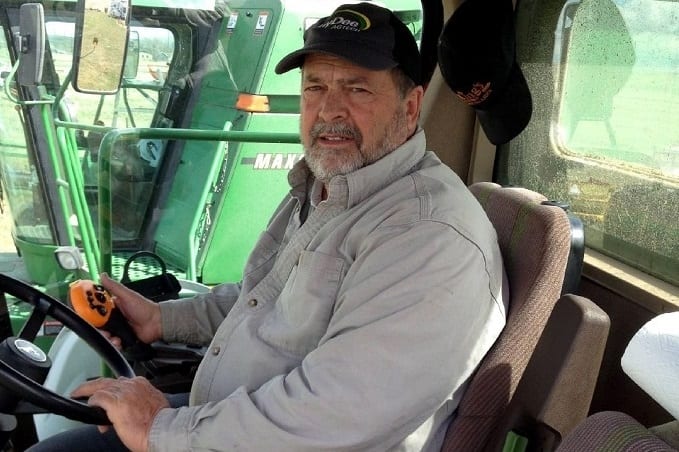 Introducing our new monthly blog series, Seed Smarts, we sat down with Clint Steinley to ask some candid questions about his farm.

Soil conservation is a hot topic in agriculture these days but for some farmers, it became a hot topic many decades ago.

One of these farmers is Clint Steinley, who runs a custom farming business on the Alberta/Saskatchewan border near Empress, AB, and Leader, SK.

Clint recognized the importance of soil conservation in the early 1980s, having owned his own farm for thirty years, and was amongst the first group of farmers in his area to take an interest in no-till farming practices.

“At that point people who were taking tillage out of their farm operations were viewed as a little bit goofy and of course now it’s the norm, so we were right,” he laughs.

“We weren’t called innovators, we were called idiots. But we knew it was going to work, we just had to figure out how to make it work and how to make it pay because if it’s not profitable you can’t sell the concept.”

In order to help make the case for no-till, Clint became involved with soil conservation programs including the Saskatchewan Soil Conversation Association (SSCA) which was formed in 1987, a time when soil conservation was becoming increasingly important in the prairies.

Clint remained involved with the SSCA for many years and later became President for subsequent terms. One of the group’s priorities throughout his tenure was demonstrating the value of soil conservation, he says.

“Our goal was to make sure that the value for any carbon credits that were accrued due to good farm management practices went to the farmer. With no-till farming you become a carbon sequesterer instead of an emitter and we wanted to have that recognized. We worked pretty hard on that file for many years.”

“We effected change and that’s something I’m quite proud of.”

Today, Clint is happy to turn the work of agricultural organizations such as the SSCA over to his son’s generation and enjoy the more stress-free lifestyle that custom farming offers.

But with four decades’ experience in farming and soil conversation work, he is always happy to offer his advice. Here are his top three pieces of advice for today’s young farmers:

Be mindful of farm cycles

“First and foremost, the farm economy we’re in right now is not normal. A lot of young farmers are making a lot of dough and as a result they’re making a lot of down payments on a lot of things. My advice to them is to just be careful, because these wet cycles go away and it gets very dry and interest rates can go up.”

Get educated on agronomy

“A lot of people get pretty hung up on the machinery, and that’s important – you need good machinery – but the agronomy is so much more important. There are a lot of agronomists and crop advisors out there but anybody who’s going to operate a farm should have a good grounding in agronomy.”

“You really, really need to understand crop rotations because what you do in rotation can really affect your bottom line. When you take tillage out of the equation, crop rotations can go a long way in mitigating disease and weeds.”