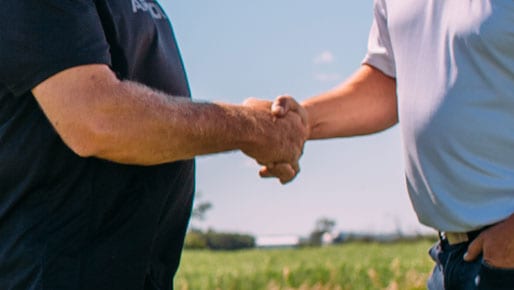 There are a lot of unknowns right now regarding the trade relationship between the United States (U.S.) and Canada.

As negotiations around the North American Free Trade Agreement (NAFTA) remain ongoing between the two countries, farmers across Canada are waiting to see how their livelihood might be affected by the final outcome.

What is certain is that some areas of agriculture will be more greatly affected than others.

Canadian sectors that are controlled by a supply management system, including the dairy, egg and poultry industries, will likely take the greatest hit from increased trade south of the border. The dairy industry in particular, strongest in Eastern Canada, has been a point of contention within NAFTA negotiations and dairy trade between the two countries is one of three main negotiation points that remain unresolved.

In response to this, the national dairy industry has voiced its concerns. David Wiens, Vice-President of the Dairy Farmers of Canada, told the media earlier this month that the Canadian dairy industry is staunchly opposed to any more concessions being made to the current system in place.

While the dairy industry nervously waits for ongoing talks to conclude, Western Canadian grain farmers might be breathing a bit easier. That’s due to the fact that grain doesn’t stand to be impacted as greatly by NAFTA fallout, says market analyst Greg Kostal.

“Specific to our grain space, there really hasn’t been a whole lot of talk about tariffs or trades.” The greater concern, he adds, is how the industry will be affected indirectly by the overall deal.

“If Trump goes ahead with auto tariffs and Canada retaliates, then the question becomes, ‘What is Canada going to do?.’ Also, if the deal is not harmonized it certainly impacts more of Eastern Canada directly by default of currency, and that will impact us all.”

Beyond NAFTA, Kostal says, the Canadian grain industry should have bigger concerns related to world trade right now, including the repercussions of an uncertain relationship between the U.S. and China.

“And equally important, and kind of lost in the background, is the record-yielding U.S. corn and soybean crop. All this is compounding simultaneously here.”

These types of concerns have become normal within today’s tumultuous global political climate, Kostal says, and Canadian farmers are resilient – it would take more long-term hardship to drive them out of the business.

“Things like a rapid increase in interest rates, multiple years of lethargic prices and yield adversity will force guys into exiting the business more than one political event.”